THE COST OF WAR 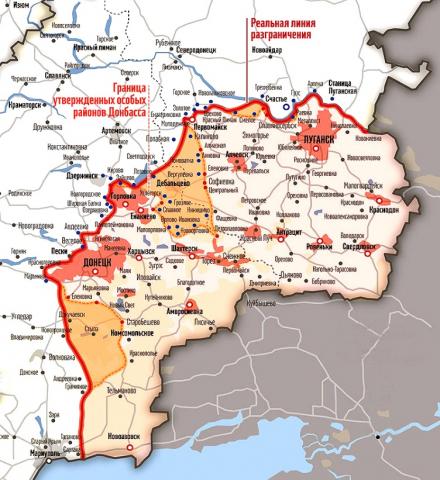 Regardless of its scale, war is a catastrophe for the Ukrainian state and society; immeasurable grief for ordinary people. The formation of a negative international image, a deep economic crisis, falling social standards, irreparable human losses, forced migration, and emigration cause rapid political and socio-economic changes, give rise to destructive social moods and leave a psychological imprint on the consciousness of many generations. Of course, not all of these consequences can be assessed by economic categories. Still, their identification, description, structuring, and detailing, in our opinion, allow us to fully answer the question: “What is the cost of war?” We recognize the shortcomings of this study and the methods it uses, but we believe that its systemic value outweighs the likely errors.

The main goal of our almost two years of work is to assess the losses Ukraine suffered due to territorial losses and the war in the East of Ukraine. The work has been prepared for further use by authorities, international organizations, public platforms for the implementation of reintegration and restoration of the territories of the Donetsk and Luhansk regions, and the improvement of state policies in general. The paper also attempts to assess in actual numbers the consequences of the state policy of Ukraine in connection with the events in the Donbas.

To determine the significant losses of the state and society as a result of hostilities and the separation of the territories of some areas of the Donetsk and Luhansk regions (ORDLO) and the Autonomous Republic of Crimea, we mainly relied on official data from the State Statistics Service, as well as government ministries and departments. The study used the method of comparative analysis of changes in the following aspects: loss of territories, the decline in production, reduction in the domestic resource base, the decline in living standards, reduction in tax revenues to the budget, spending on the country's defense, an increase in the number of unemployed and the level of crime, a decrease in the country's export potential, reduction of the competitiveness of the Ukrainian transport system and other indicators.

When assessing the value of human lives, the Ukrainian Institute of Politics (UIP) used the RAND Corp. calculation method based on statistics from the Los Angeles Police Department and the FBI. We have extrapolated American figures to Ukrainian realities, taking into account the difference between Gross Domestic Product (GDP) and Purchasing Power Parity.

An approximate calculation of bills for housing and communal services for the population of Ukraine was made taking into account the reduction in the population size and housing stock since 2014, based on the data of the State Statistics Service, as well as the ratio of the urban and rural population as 69% to 31%, respectively. When calculating water bills, the Ukrainian Institute of Politics (UIP) took the water consumption rate for the population in Ukraine per person into account: 4.5 cubic meters of cold water per month and three cubic meters of hot water per month.

We cannot correctly assess the losses associated with the exclusion from the Ukrainian economy of the residents of ORDLO and the Autonomous Republic of Crimea and refugees. We should bear in mind that our study indicates only a part of the losses of the state and society, and the indicators of losses for the country that we have determined increase over time. Since the lost national resources continue to be blocked and exploited by other entities, state budgets and companies do not receive the profit they are entitled to and incur corresponding losses.

When we talk about the losses of Ukraine from the war in Donbas, it must be taken into account that in the period 2014-2019, the global economy continued to grow, growing by 13% over this period. While Ukraine's GDP has declined significantly, in 2019, it was only 94.1% of the 2013 level.

At the same time, we are aware that not everything that happened after the start of the war and annexation occurred due to them. Therefore, throughout the work, we tried to take a responsible and reasonable approach to the choice of assessment objects and operate with actual data.

In any case, the study's authors do not consider this work an accurate calculation of losses and do not claim absolute reliability. This study is an expert assessment and an attempt to review the whole range of socio-economic and state-legal losses and consequences that Ukraine has suffered due to the war in the east and the illegal annexation of the Autonomous Republic of Crimea.

The authors would like to express special gratitude to expert economists, human rights activists, and journalists, including Natalya Mirimanova, Enrique Menendez, Marina Cherenkova, Viktor Suslov, Viktor Skarshevsky, and others. Thank you, colleagues! Thanks to your advice and recommendations, this work has become much more profound and better.

Due to the warfare-related losses in Donbas, the annexation of Crimea, and occupation of the parts of Donetsk and Luhansk regions by the “LDNR” separatists, Ukraine lost nearly 15% of its population that decided to keep on living in the uncontrolled territory, and 7% of the territory suffered irreparable human losses as a result of the death of people, the occurrence of the waves of refugees and amplification of the labor emigration, the appearance of enormous quantities internally displaced persons. Ukraine experienced an increased burden on the state’s social support system. At the same time, defense spending went up while economic activity went down.

Ukraine lost control over 1.6 million hectares of land, the cost of which can be valued at more than $2 billion. At least 12-13 more billion dollars were lost due to the so-called "nationalization" of the Ukrainian enterprises in the "LDNR.” Ukraine experienced a production recession and the reduction of internal resources such as raw materials, fuel, and other energy resources.

Tax revenues to the budgets of the country at all levels are decreasing. In 2015, nominal GDP in dollar terms decreased by almost 50%, compared with the 2013 year.

Due to the sharp devaluation of the national currency hryvnia and the growth of utility bills, the real incomes of citizens have significantly decreased compared to the 2013 year. Also, purchasing power falls and substantially deteriorates the level of life of the overwhelming majority of residents of the country.

Because of shutdowns, many industrial enterprises reduced their business activity while unemployment and crime rates went up. Social tension has risen significantly, causing growing protest sentiments within society.

The export potential of the country also shrinks. The competitiveness of Ukrainian transport systems decreases, meaning the rapid loss of the transit potential. Nord Stream 2 can deprive Ukraine of the most crucial role as the primary country enabling natural gas transit from Russia to Europe.

Ukraine overcomes the transformation of the economic relations with Russia and other post-Soviet countries. There is accelerating destruction of the well-established bilateral financial connections that existed for decades, causing additional damage to the Ukrainian economy.

Ukrainian society and the state itself have changed as well. After 2014 the geopolitical orientation of Ukraine has changed clearly toward the West: the Constitution and the laws of Ukraine were updated in terms of losing the non-bloc status of the country and proclaiming the intention of becoming a member of the EU and NATO.

Russia and Ukraine introduced a row of political, information, and trade sanctions against each other, which worsened interstate connections and negatively influenced the export-import relationship.

Ukraine has signed several loan agreements with the IMF, the EU, the United States, and other creditors, which led to an increase in external debt. Under the influence of Western partners, Ukraine launched many unsuccessful liberal reforms in many sectors such as public administration and socio-economic politicians, which often led to the deterioration of the social standing of citizens.

The political balance in Ukraine has also been deformed. The famous left and center-left parties have been accused of participating or facilitating separatism. At the same time, this situation is directly at odds with Ukrainians’ actual political preferences. Russian language and other languages national minorities were expelled from public space usage. The authorities started large-scale (not supported society) revisions of the history of Ukraine; the state intervened in religious processes in the country. The authorities attempted to form a new state ideology by relying on the right-spectrum political movement.

As of 2021, Ukrainian society is segmented in many different ways and experiencing a growing aggressive apathy. At the same time, there is a large-scale confrontation inside the political class with the inclination of concentrating as much political power in one hand as possible. Simultaneously, there is a trend on the growing external influence, the image of the enemy, and unresolved military conflict.

The media field in Ukraine has changed drastically. There are not enough efforts on peaceful settlement and reintegration of the ORDLO territories. The media became more propagandistic, simultaneously self-censored. The editorial teams and owners of the media experienced higher pressures on what content they should broadcast.

More people started supporting the idea of “building the wall” with Donbas. Nevertheless, in Ukrainian society, there is a massive demand for peace. And as we have seen in this study, economically, politically, socially, and strategically the peace is profitable to Ukraine. The main point is that it is hard to build a sovereign, democratic and prosperous state without returning ORDLO.

Estimated losses of the state, society, and national economy of Ukraine can be broken down into several groups:

Ukraine witnessed many internally displaced people forced to leave their permanent residence property and move to other regions. As of July 6, 2021, 1,473,650 IDPs were officially registered in Ukraine; the quality of life of these people significantly deteriorated.

occupation of ORDLO amounted to 375 billion hryvnias or near $14 Billion. (according to the data of Vice Prime Minister - Minister for the Reintegration of the Temporarily Occupied Territories of Ukraine Alexey Reznikov).

Note: a necessary remark that in this research, we tried to trace dynamics in changes of major of the most important economic and social processes in the country after starting combat action in the Donbas. We do not claim to determine the percentage of changes (labor migration, a level increase of unemployment, decreased quantities of profitable enterprises, etc.), which happened precisely due to war, but not for other reasons.

Indicators that we defined regarding the losses for the country increase over time. State budgets and companies receive less profit and bear relevant losses because the lost national resources continue to be blocked and exploited by other entities. No study is perfect. Any methodology can be better. But the basic conclusion made by the authors is frightening with its prospects. Every day, the war on Donbas kills our country, destroying even the slightest opportunity to return to a happy life.